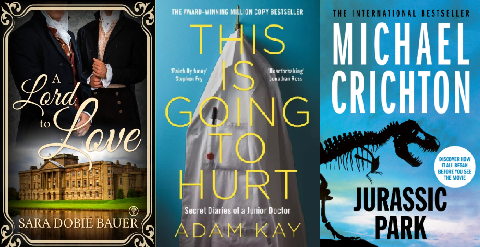 Hey, what do you think of the new website? Be honest, because if I cry it’s not like you have to see it.

Anyway, I continue to read a bizarre range of books – in this post, the memoirs of a doctor so funny it hurts, a sci-fi classic, and a charming historical gay romance. I’m also still reading Mary Poppins on the toilet. It’s a big book, okay? 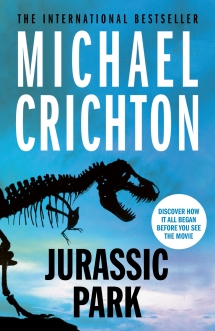 Dinosaurs are objectively the best and, no, that isn’t an inappropriate use of ‘objectively.’

Jurassic Park has an excellent number of dinosaurs, from an adorable little triceratops called Ralph to the main protagonist, the unnamed T Rex who we will, in a burst of imagination, call T Rex.

We all know the premise of Jurassic Park: the InGen corporation has genetically-engineered live dinosaurs and plans to display them in a zoo-cum-theme-park in Costa Rica. But on the crucial weekend when the mastermind behind InGen first invites outsiders to the island, the park is threatened by the arrival of Tim and Lexie, two heinous children who must be stopped before they ruin the park with their whiny, high-pitched child voices.

T Rex is a well-developed and sympathetic protagonist with a clearly defined motivation that I was right behind: find, kill, and eat the children. He has every advantage – the electric fences are down, he’s 40ft long, and the dickhead kids keep screaming like the most enticing Cheetos in existence – yet in a surprise twist, this is one of those novels where the bad guys win. T Rex is defeated and the children return to their disappointed parents, unscathed.

I’m sorry, but I just can’t get behind that. I like a happy ending. 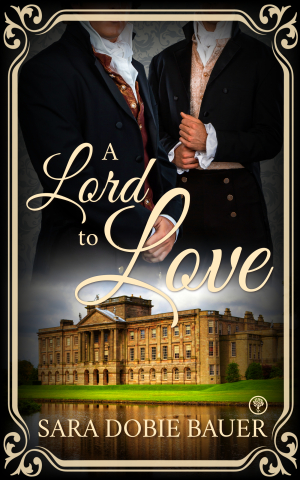 I’ve been a fan of Sara Dobie Bauer since her hilarious Bite Somebody series, over which we began a beautiful Twitter relationship. I knew she was the author for me when she said if we ever met, we could sit at opposite ends of the room and communicate via text.

I’ve read many of her books and short stories since, and her newest offering is this short and sweet m/m romance:

During negotiations for a truce between the feuding Price and Morgan families, Lord John Morgan makes a shocking offer: he will give the Price family their land, in exchange for Harrison Price’s hand in marriage.

John has long been enamored with Harrison, the beautiful son of his late rival. Harrison is nineteen, inexperienced, and known for being cold and bitingly brilliant. The union seems impossible, but John is determined to win the affections of his young obsession.

Will the frigid Harrison concede, or will the object of John’s adoration leave him alone at the altar?

John and Harrison are so adorable it hurts, and Sara continues to shame me with her beautiful prose:

He is an untamed masterpiece of intellect and wild beauty, and I am the luckiest man alive.

John’s been lusting after Harrison for years in an intense, brooding, hard-on-straining-against-breeches kind of way. Harrison is dark, mysterious, and inscrutable – until John shows his hand, and asks Harrison for his.

Now excuse me while I go and sulk that this story isn’t 400 pages long.

This Is Going To Hurt: Secret Diaries of a Junior Doctor – Adam Kay – 5/5 solid warning against de-gloving a penis on a lamp post 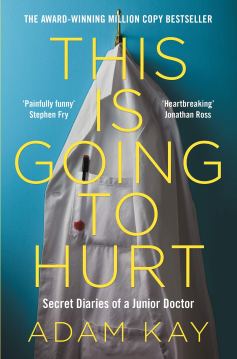 I don’t usually ‘do’ memoir, but I’m so glad I bought this. Adam Kay is both an ex-doctor and a comedy writer, and this book is an edited version of the diaries he kept as a junior doctor in the NHS. Some of the entries are hilarious, many are poignant, and some even manage to be both, which is a testament to Adam Kay’s writing skill.

It’s been a few weeks since I finished this and I have the memory of a concussed goldfish, but I still remember some of my favourite stories:

Allow me to finish with a direct quote, because I can’t do it justice:

This morning I delivered little baby ­Sayton – pronounced Satan, as in King of the Underworld.

It’s hard to believe he’ll get through his school career unbullied, and yet we merrily wave him off on that journey. (Or maybe he’s actually the devil and I should have just shoved him back in.)