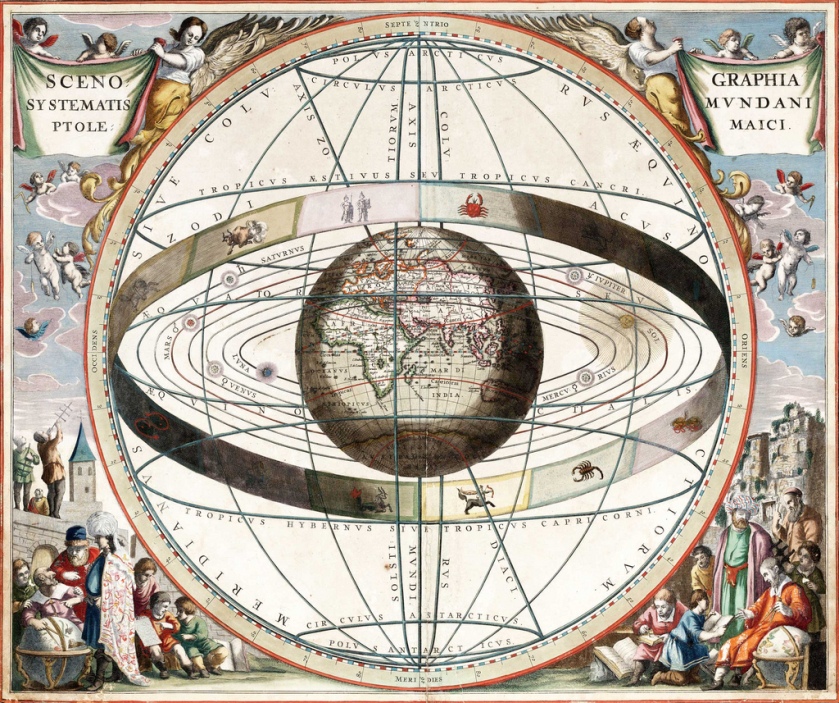 I don’t like to brag–except about my Monopoly skill–but I do in fact have A Gift. All I need is your star sign and I know things.

Don’t want to know what 2017 has in store for you? Stop clicking on horoscopes. Jeez.

The goat was in the zenith of something or other when you were born and, like him, you were once a kid, often ruminate, and hang out in a group except when you don’t.

Traits: You like some smells but not others, and are able to digest a range of food types.

Love in 2017: As you were born in the tenth house, you will meet the love of your life in the tenth month of 2017: October. Unless you don’t, in which case you must have been born on another day and your parents lied. Sorry to be the bearer of bad news.

Advice for the Year: Don’t be tempted by your goat influences to urinate on your face in order to attract a mate. However, DO seek out high places to survey your surroundings. You will be able to see further than on flat ground, and may spot a potential partner or a pile of money that would otherwise have been hidden.

Half man, half horse. You have hands instead of hoofs, but also would sometimes like to rear up and kick the heck out of people who are irritating you.

Traits: Your eyes are a colour. Barbie Girl by Aqua is not your favourite song.

Love in 2017: Because the Sagittarian arrow is pointing in a northerly direction, your love will be found to the north. Start walking that way ^ and marry whomever you bump into.*

Advice for the Year: Break off contact with whichever parent slept with a horse.

*This blog, its owner, and the WordPress Foundation will accept no responsibility for the outcome of this advice.

Ahh, the armour-plated arachnid with a sting in its tail.  Like the scorpion, your legs number in a multiple of two and you do not live in Antarctica. I know you don’t because my blog has a little map of which countries visitors are from, so don’t even try to say this isn’t 103% accurate.

Traits: You often use your hands to touch things, and you have unique fingerprints.

Love in 2017: As you were born when Scorpio was ruling over the Eighth House, the House of Sex, you will have sex over eight times in 2017 unless you don’t.

Advice for the Year: Unlike the scorpion, you do not have to carry your young on your back. Make them walk, or tie them to a skateboard and pull it along behind you.

The sign of balance, of scale, and of libraries. You are largely symmetrical, but if somebody piled heavy things on one side of you, you would become lopsided. This is not a metaphor.

Traits: You have eaten at least one banana in your life. You have an internet connection.

Love in 2017: The scales are tipped to the left this year, which means you will meet or grow closer to a love interest who weighs more or less than you.

Advice for the Year: Do not eat anything poisonous, even if it looks kinda tasty.

A virgin. Or not, in which case it’s a metaphorical virginity representing your purity of spirit or some shit like that.

Traits: You are roughly humanoid in shape. You prefer this nice sky blue to this colour. Your name is Alice, unless it isn’t.

Love in 2017: As a “virgin” born in the rising ascension of the house of constellational intercourse, you have to live vicariously through novels, so buy some romance. Especially mine.

Advice for the Year: Refer to women’s nether regions as ‘vulvasauri’, including your own if applicable. It’ll sort out that virgo problem.

The lion is strong in your nature; you sleep more or less every day, you have eyes, and it’s not an easy feat for you to take down a gazelle alone.

Traits: You visit blogs on the internet. You would rather boop his nose than his nose.

Love in 2017: Because the constellation of Leo is descending into the Fifth House of Astley this year, if you have or meet a partner they’re never gonna give you up, never gonna let you down, never run around and desert you.

Advice for the Year: If you meet a new partner, do not murder all their existing children to assert your position in the household. It’s frowned upon.

With the influence of your crustacean star sign, you frequently cover yourself in water. You can move forwards, backwards, and sideways, and are between 0.003ft and 13ft wide.

Traits: You enjoy at least one carbohydrate-based food product. When you decide to write horoscopes for your blog, you realise halfway through that there are too many bloody signs and we should pick the best three and be done with this crap. Your name is Anna or another combination of letters.

Love in 2017: Due to the rising cusp of Venus coinciding with some dick playing that song that goes I’m your Venus, I’m your fire, your desire, you will experience desire in 2017 which will lead to sex unless it doesn’t.

Advice for the Year: Stay away from seafood restaurants, unless you like them.

The sign of the twins. You’re a twin, unless you’re not, in which case it’s a metaphorical representation of two sides of your nature: the side that’s kind and the side that laughs at Nickelback jokes. Your elemental… thing… is air, proven by your need to breathe in oxygen constantly merely to survive.

Traits: You like some people more than others. People who laugh at your jokes would describe you as funny.

Love in 2017: Due to the influence of the twins in your ascending house of love (or whatever), you will find a partner who enjoys having sex whilst looking in a mirror. If you don’t have a partner already, I suggest OK Cupid. You’d be surprised by what kind of offers you get on there.

Advice for the Year: Watch Basket Case, and check with your parents to make really really sure you weren’t born a twin and are about to enter a horror movie.

Traits: You consume liquids on a daily basis, and either have a nickname or don’t.

Love in 2017: Because of the moon’s alignment with Cher’s star on the Hollywood Walk of Fame, you will either find, maintain, or lose your current level of love during the year.

Advice for the Year: Do not visit any china shops. It will end in disaster.

Much like the ram, you are generally domesticated and cannot digest plastic effectively. You gravitate towards high ground as a rule, unless you don’t.

Traits: You are happier reading with a good light source than in pitch blackness. Your friends like several things about you.

Love in 2017: Because Pluto IS A PLANET no matter what those stupid scientists say, you will meet a love interest who is small and unassuming but is no less deserving of respect, even if they aren’t one of those big show-off Jupiter types. Give the betas a chance, Arian.

Advice for the Year: Do not go out in the rain. You will shrink.

Pisces: the fish, the pie-lover. You enjoy swimming, unless you don’t, in which case you’re a metaphorical fish navigating the waters of life or something. You enjoy pies, unless you don’t, in which case you just haven’t found the right pie for you. I suggest cherry, with lots of custard. Apparently custard is different in the US and the UK and pies are also different, so I really should have picked a different thing to talk about but my psychic powers tell me what to write and I write it.

Traits: When you were a child, you were smaller than most adults. You can read English.

Love in 2017: The fishy influence on your love life means a scatter-egg approach will work best for attracting a mate. Because you find it tricky to lay eggs like a fish, travel to a place populated with many people of your preferred gender/s, walk around, and leave a trail of business cards behind you with your name and photo on them.

Advice for the Year: Do not trust anyone who calls him/herself a vegetarian until you have ascertained that they really are a vegetarian and not just someone who missed an important science lesson in school and is labouring under the misapprehension that fish aren’t animals. Not that I’m bitter or anything, even if those douchecanoes are the reason I get served salmon on a regular basis.

As the water bearer, you frequently carry things and you are approximately 60% water. You chose a home within driving distance of a large body of water.

Traits: You prefer to look at things with your eyes. Rubber, the movie about a sentient killer tyre named Robert, is not your favourite movie.

Love in 2017: Show your loved ones they matter by bringing them bowls of water on a regular basis. Love will flow like the ripples on a stream or some shit like that.

Advice for the Year: Stay hydrated, but not the Bear Grylls way.