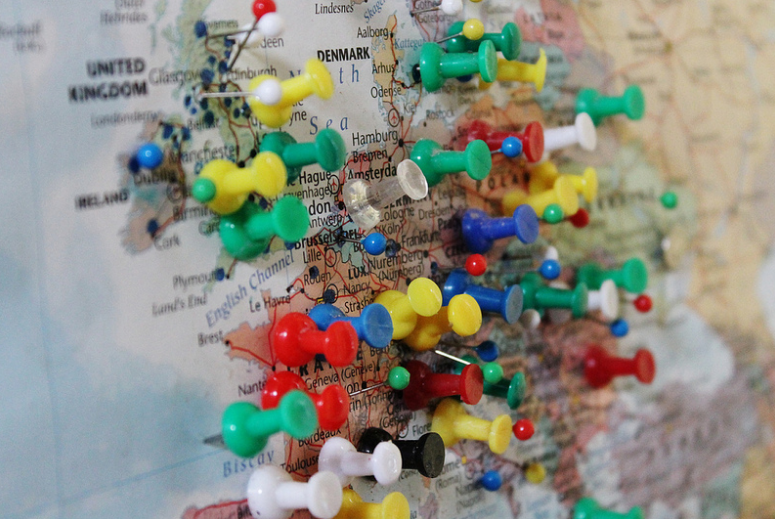 I apologise when people tread on my foot.

I have an opinion on whether you should put the milk in first or last when making tea.

I write for all romance lovers, and have readers from the UK, Canada, the US, and Australia among others, but I aim my books at the US market for many reasons – it’s the home of romance, my agent is in the US, it’s a bigger market than the UK, and I get extra brownie points for writing things like, “Bloody hell!”

It has its benefits, but also its drawbacks. In particular:

What the hell do I call women’s underwear?

When I’m talking to my friends about my underwear, which happens frequently because none of us understand the concept of boundaries, I call them knickers or pants. But in the US, pants are trousers, and even we know that knickers is a ridiculous word and will kill a sex scene quicker than referring to a woman’s genitals as a vulvasaurus. (FYI, someone on Twitter got very angry with me for saying that, because she thought I was saying Americans are too stupid to understand what knickers are. SO not true.)

Then we have ‘panties’, which no self-respecting British woman would ever say. Since I write from the perspective of British characters, I can’t use it.

So what am I left with?

Underwear, but that can refer to knickers, a bra, a thong, and a lot of other things I can’t Google at work. This brings up another issue – in Australia, thongs are sandals, and that’s a mix-up which might delight foot fetishists but should probably be avoided.

Undies, which has all the same issues as underwear but an added childish element that I do not want to introduce to sex scenes for, hopefully, obvious reasons.

Answer: All characters go commando? BUT THEN WHAT DO I CALL THEIR VULVASAURUSES?

US TV is everywhere, so most Brits (and probably others) get US pop culture references. This doesn’t hold true the other way around.

For example, I’m a huge fan of Bottom, a British sitcom which is not appreciated by our cousins across the pond. Over here I can get a cheap laugh by shouting “GAS MAN”, which isn’t quite so effective when people have no idea what the fuck I’m talking about.

For a UK audience, I could refer to a character “looking like someone from The Only Way is Essex after an advanced maths test” and they would know what I meant, even if they hadn’t watched it. Since the wider world has been saved from this travesty of TV programming, I would have to explain separately that the character:

The answer? I will write only British-Amish romances. Which I suppose also removes the problem of what to call underwear in sex scenes.

Bonus tip: ‘Quite’ has a very different meaning in the UK than the US. As I said in the opening, if a Brit says something is “quite good” it means “pretty bad.” I’m told by my American friends that across the pond, it means “very good”. If an American tells me my blog is “quite good,” I’ll try not to be offended.

What does ‘quite’ mean in your country?

16 thoughts on “Problems with International Writing”