There is www.absolutewrite.com which is a great website and definitely exists.

I’ve been troubled recently by how many people I see giving absolute advice* to aspiring, struggling, or neurotic writers (these are not mutually exclusive, as you’ll know if you’ve ever met a writer).

*I’m not entirely sure if advice can be described as absolute. Although absolute is one of those adjective thingies, right? I’m not so good with… what you call ’em… you know, those things… WORDS! That’s it, words. Thank god I don’t need them for my livelihood!

It’s not only plain stupid to give absolute advice when there is no single right way to write. It’s also damaging and demotivating.

In this series I’ll go over some of the most common absolute advice I see and why it’s MORE WRONG THAN THIS:

I think others take an often quoted ‘rule’ literally: “the first 1,000,000 words are practice” or “throw away the first 1,000,000 words you write” as if word 1,000,001 will be of such breathtaking beauty that the world will draw a collective breath of admiration and cause an oxygen deficiency that’ll immediately extinguish all aerobic bacteria and plunge us into a short spiral of disease, death and ultimately extinction.

I’m not a sci-fi writer so no need to tell me how wrong the last portion of that outrageously long sentence was.

Sensible Advice: Some people have to give themselves rigid targets and goals to motivate themselves. That’s fine.

But the evidence suggests that, for most of us, forcing ourselves to work every day is detrimental to productivity, not helpful.

Firstly, let’s debunk that 1,000,000 word ‘rule’. The origins seem to be a 1993 paper by Dr. Anders Ericsson which concluded that most talents (such as sports or playing musical instruments) are the result of at least 10 years of practice. This was expanded by Malcolm Gladwell in his book Outliers where he concluded that to be world class at something, like violin playing, one must put in 10,000 hours of dedicated practice. Somebody somewhere decided that for writers this means writing 1,000,000 words.

I have many issues with this. ISSUES.

So can we agree to stop misinterpreting Ericsson’s work and Gladwell’s book? Thanks. (Lads, I’ll send you my bank details for the payment.)

If we look at writing as a job then a whole bunch of studies show we’re making ourselves less productive if we do it every day. Employees are more productive when they take breaks–both shorter breaks throughout the day and longer holidays/vacations.

If we look at writing as a hobby, why do you have to force yourself to carry out your hobby?

Hobbies are meant to be fun. That’s the point of them. They should be called funbies.

If it wasn’t fun, why would anybody do it? Let’s face it–fiction writing has a terrible financial return. Pick a book off the shelves of your local Waterstones or Barnes and Noble and the odds are that author still has a day job. S/he is published, in print, in huge bookstores, and  still isn’t making enough to support him/her self. 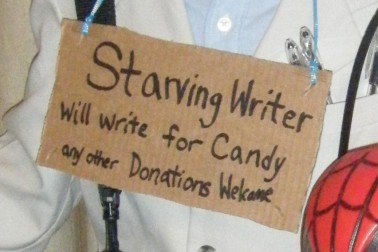 We’re probably not going to get rich from writing. Do it because you love it, when you love it. Yes, okay, maybe you need to write through a bad couple of days where you feel funky but you really want to get that chapter finished. But if you’re having to force yourself more days than you’re doing it for fun… why do it to yourself?

Life’s too short. Don’t force yourself to do a funbie that makes you want to reach for the nearest cactus. 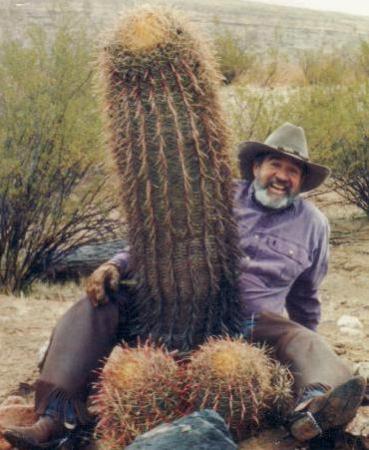 Next in this series will be the bloody infuriating “YOU ARE EITHER A PLANNER OR PANTSTER” mandate.