I’ve heard the biggest cause of arguments in marriage is money or children.

In this house, it’s not.

I introduced my husband to Monopoly. This was a mistake. He’s the kind of person who thinks:

He’s wrong on all counts. Wrong.

It’s always the same when we play.

Mr Kaling chooses the car token because he doesn’t have a car and I don’t let him sit in mine and make vroom vroom noises.

I choose the thimble, as part of my ongoing psychological warfare, to subtly remind him that he’s under my thumb.

I refuse to give him his starting £1,500 until he addresses me as Banker.

I organise my starting £1,500 into neat piles, ensuring they line up with the board in an aesthetically pleasing manner.

Sir Tedward McGinger yowls his outrage that he wants to go out but there’s a door in the way. I get up and let him out. He shoots me a look of disdain and reminds me to please anticipate his needs in the future so he doesn’t suffer the insult of being refused exit by an uppity door. 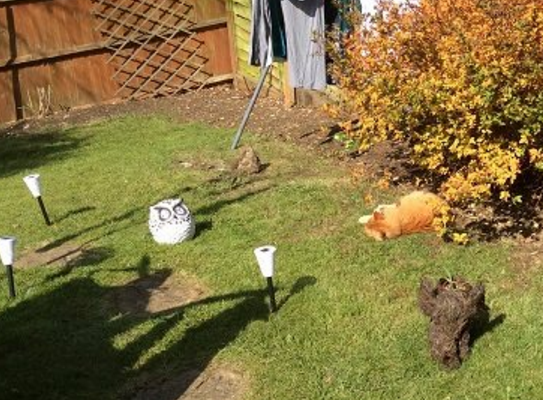 Mr Kaling starts to look uneasily at his watch.

Sir Tedward McGinger yowls angrily that he’s wanted to come in for at least three seconds and I’m a terrible mother for not psychically knowing that. I get up and let him in.

I demand that Mr Kaling counts his starting £1,500 so he can’t accuse me of shortchanging him when he gets all sulky later on.

We hear Sir Tedward McGinger using the litter tray. Apparently it’s too inconvenient to do it in the garden.

We roll the dice to determine who goes first. I remind Mr Kaling that although people regularly call a die a dice, it is in fact a die. He nods thoughtfully.

Sir Tedward McGinger yowls that he wants to go out, and a good mother would have known he was only coming in to use the litter tray and would have left the door open so he didn’t have to waste precious time yowling at the door when he could be yowling at the fence in the garden. I apologise profusely.

As Mr Kaling conscientiously counts out each square, I shift impatiently in my seat before yelling out “IT’S PALL MALL FOR GOD’S SAKE”, crane-lift the car into place, and take my turn.

I refuse to give him £200 for passing go until he addresses me as Banker.

We have bought our first properties. I refuse to give him his deed until he addresses me as Mrs Estate Agent. I wish him health and happiness in his new home and ask him to please think of Kaling Estates for his next purchase.

He looks at his watch again and tentatively reminds me that there’s a cricket match at 15:00. I’m not sure what relevance this has so I smile politely and take my turn.

Someone is sent to jail. We make NE-NAW noises.

One of us lands on the jail square while the other is imprisoned. Obligatory joke about how dedicated we are to our marriage.

Most properties have been bought. The first trade is negotiated. Mr Kaling tries not to smirk when I accept an orange and £300 in exchange for my green. I try not to make this face: 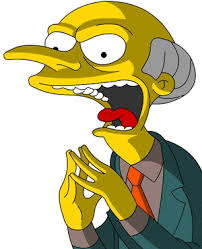 Obligatory joke about coming second in a beauty competition.

Mr Kaling trades me my third red for the second purple. I put down some houses. He spends all his cash on hotels. Both of us are like 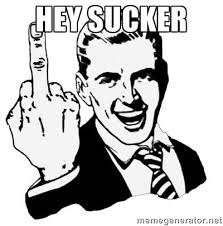 Cricket is forgotten. That’s the one with bats and runs, not rackets and goals. You’re welcome.

Mr Kaling has to sell his hotels. He looks lost and confused.

He’s a shell of the man he once was. There he was, a high-flying property magnate with a boutique 5* rated hotel in Mayfair. Now he’s mortgaging his family’s home to pay for a night in a B&B in east London. 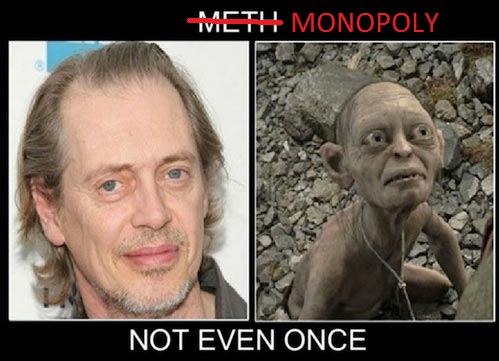 I don’t make the obligatory joke about him not being trusted with a car because he keeps racking up speeding fines. Because he’s already crying.

This is an actual Monopoly board from our house from March 2013. He hasn’t learned a THING since then. 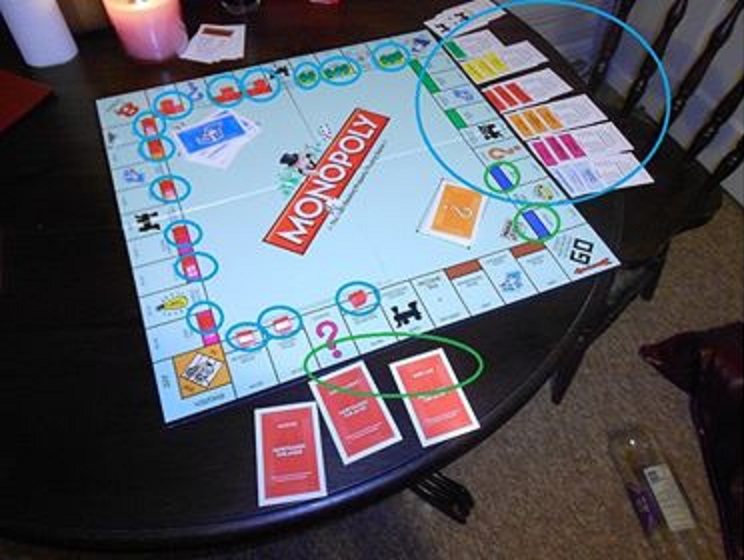 We agree not to play for a month.

He calls his mum and asks her to scan and send him that nice school report he got when he was eight so he can start to rebuild his sense of self-worth.

I let him sit in my car and make vroom vroom noises.

10 thoughts on “Arguments in Marriage”